The benefits of a raw food diet

The benefits of a raw food diet

The connection between good health and diet is well established in humans.

We know that if we eat fresh fruit, fresh vegetables, not too much dairy and moderate quantities of animal protein we will live longer, healthier lives.

We also know that if we eat processed food or food containing chemical additives, too much fat and too much sugar we will live shorter, considerably less healthy lives.

In fact, it is well proven that everything from allergies to heart conditions and from skin complaints to cancer is caused by a poor diet.

The problem is that we have lost touch with what the natural, correct diet for a dog actually is.

Instead, we feed them the canine equivalent of junk food.

As a result we are seeing more and more illness in our dogs and they are leading shorter and shorter lives.

The development of all sorts of genetic conditions may also be attributable to generations of dogs eating a harmful diet.

Happily, the situation can be quickly and effortlessly corrected.

We know what a species appropriate diet for dogs is and it couldn’t be easier to replicate a ‘wild’ diet using ‘tame’ ingredients.

Furthermore, as those who have switched their dogs to a natural diet will testify, the results can be amazing.

Dogs eating a raw food diet can be expected to live longer and to suffer less illness and disease.

Indeed, if your dog has any health issues now (even minor problems such as allergies, dry skin, bad breath and what the Americans refer to, euphemistically, as ‘gas’) it is quite likely that a switch to a raw food diet will clear them up.

Dogs should be fed a species-appropriate diet

Every creature on earth must consume the diet it is biologically most appropriate to eat (aka a species-appropriate diet); otherwise, it will get ill and may (if the diet is really inappropriate) die.

For the first 4 million years of dogs’ existence on earth they certainly didn’t eat canned food or kibble.

Yes, that’s how long grey wolves have been around, and dogs and wolves are classified as the same species.

When wolves were domesticated (around 8,000-20,000 years ago), we humans changed their outer appearance through breeding, but not their internal organs or digestive systems.

A wolf in all but name

If you look up dogs in any encyclopaedia you will see that their Latin classification is Canis lupus familiaris and that they are a domesticated form of the grey wolf, aka Canis lupus lupus.

In other words, they are the same species.

Possibly a bit of both.

What is certain is that from early on we selectively bred dogs with a view to developing certain physical and behavioural traits.

Thus, over time, we created hunting dogs, retrieving dogs, guard dogs, companion dogs and so forth.

We may have managed to alter the way dogs look and, to a certain extent, think, but physiologically they haven’t changed.

There is absolutely no difference (apart from size) between the internal organs and digestive process of a Chihuahua and a grey wolf.

This is why they should eat the same diet.

In the wild, dogs eat prey, carrion and a certain amount of vegetable matter.

They are, in essence, carnivores as even a cursory glance at their anatomy reveals.

Like other predatory mammals they have powerful muscles, fused wrist bones and a cardiovascular system that supports both sprinting and endurance.

And there’s a reason why you don’t want to get bitten by a dog: their mouths are positive Swiss Army knives, with five kinds of exceedingly sharp teeth.

Leave them to their own devices and they will eat small birds and beasts (rabbits, mice, squirrels &c.) and a share of larger prey (sheep, deer, boar &c.).

What’s more, they eat the whole animal, including its bones.

Dogs have no digestive enzymes in their saliva (unlike humans) and very large, expandable stomachs (they can eat 5% of their body weight at a single sitting, which would be like someone who weighs 10 stone eating seven pounds of food in one go) not to mention indescribably strong stomach acids (strong enough to burn your fingers).

Their digestive system is designed so that they can tear off chunks of raw meat, crunch up raw bones and swallow the lot whole.

The lack of digestive enzymes in their saliva and their inability to move their jaws from side to side (necessary to grinding food) is why they gulp everything down.

The entire digestive process takes place in their stomach.

Give a dog a bone

In the wild up to a third of a dog’s nutrition (including calcium, magnesium, complex fats and vitamins) may come from bones.

Bones keep their teeth and gums clean (it has been proven that dogs with healthy teeth live longer) and exercise their upper bodies and jaw.

Providing the bones are raw (cooked bones can splinter), they are very safe for dogs to eat.

When food is cooked, its chemical structure is altered and most of the enzymes, amino acids and so forth are destroyed.

From a dog’s perspective, about 70% of its nutritional value is thus lost.

Dogs need their food served raw in order to digest it properly.

There is a reason why dogs are extremely indifferent cooks.

Natural feeders talk a lot about poo. Dogs fed a natural diet produce very little of it, what there is being firm and chalky.

Regular, balanced meals are fine for humans, but not for dogs.

In the wild a healthy dog may not eat for up to a week at a time.

When they come across an ingredient that their bodies tell them they need in order to stay healthy (for instance a particular grass containing useful trace minerals) they simply eat it.

Dogs get the nutrition they require over time.

This is called the ‘balance over time’ approach.

What is wrong with processed dog food?

It doesn’t matter which brand of dog food you use or how much it costs, it is never going to be as good for your dog as raw, fresh meat, bone and vegetable.

The key problems with highly processed dog food is that:

One of the main reasons why dogs fed on processed food  produce so much – ahem – waste matter is because of the grain. Grain is also one of the main causes of skin allergies, diabetes and flatulence.

Natural feeders sometimes refer to the time they moved their dog onto raw food as ‘the switch’ and it can usually be made instantly.

A very small percentage of dogs have to be weaned onto raw food but the vast majority take to it immediately.

The only dogs that shouldn’t eat a 100% raw diet are those with a compromised immune system or those that have just undergone bowel surgery.

There is a growing body of scientific research in favour of raw feeding.

To offer just one example, Mogens Eliasen, in his book Raw Food for Dogs, quotes a major Australian study on natural feeding. He claims that ‘dogs fed on a natural diet develop a strong immune system that will cause your vet bills to go down, maybe even dramatically’. He explains the Australian kennels that switched from feeding kibble to raw food ‘experienced a significant reduction in their vet bills’ with the average saving being 85%.

Other research has been carried out in Finland, the USA, here in the UK (including by Honey’s) and elsewhere.

For thousands of years, domesticated dogs were fed a species-appropriate diet consisting of raw meat, raw bones and raw vegetables (a ‘raw diet’), supplemented by table scraps and whatever other food they could scavenge.

After the introduction of processed dog food in 1860 their diet slowly began to change until, by the 1980s, a species-appropriate diet had become the exception rather than the rule.

In recent years the tide has turned. When we started Honey’s in 2009, there were barely half a dozen raw dog food producers in the UK and the Pet Food Manufacturers Association (PFMA) was against species-appropriate feeding. At the last count, there were close to a hundred producers (although none as good as us!) and the PFMA has a dedicated raw food group.

There are no reliable figures on how many raw fed dogs there now are in the UK but it is believed to be as many as one-in-ten. A recent report (Pet Care in the United Kingdom, Euromonitor) pointed out that: ‘raw food is gaining weight in the UK, with some retailers – especially pet superstores and Internet retailers – offering raw food as a way to provide pets with a completely natural diet and link them with their traditional feeding habits.’

The reason why the raw food movement is gaining such traction is simple: dog lovers who switch their dogs to a natural, species-appropriate diet can see the benefits with their own eyes. 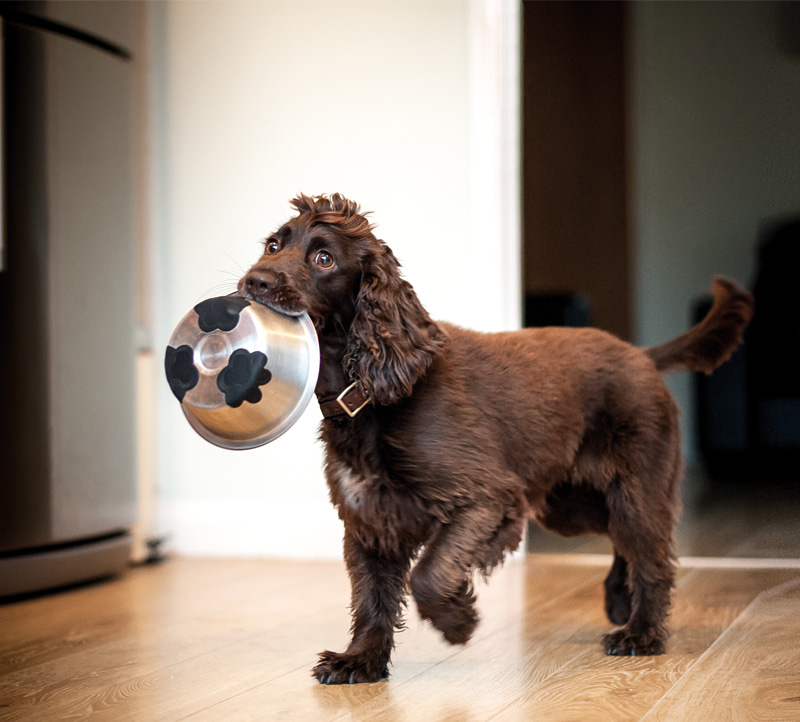 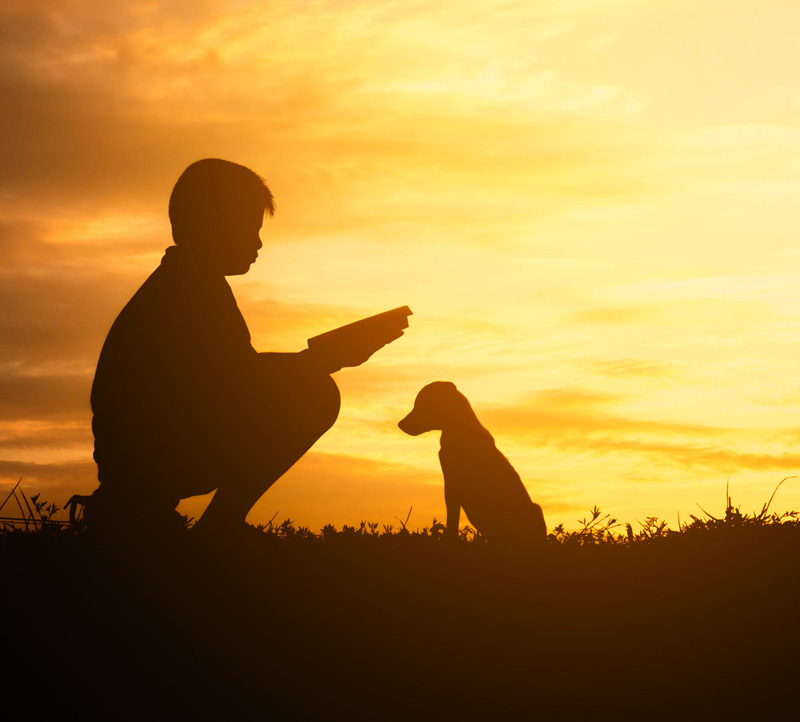 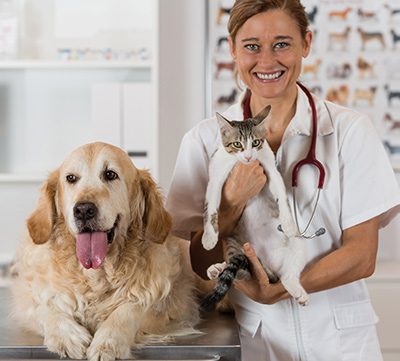 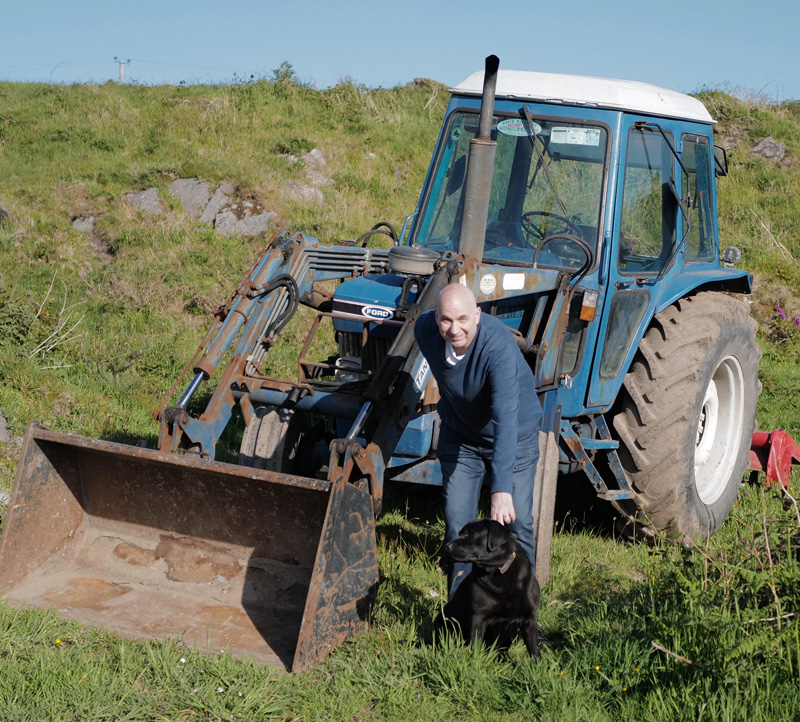